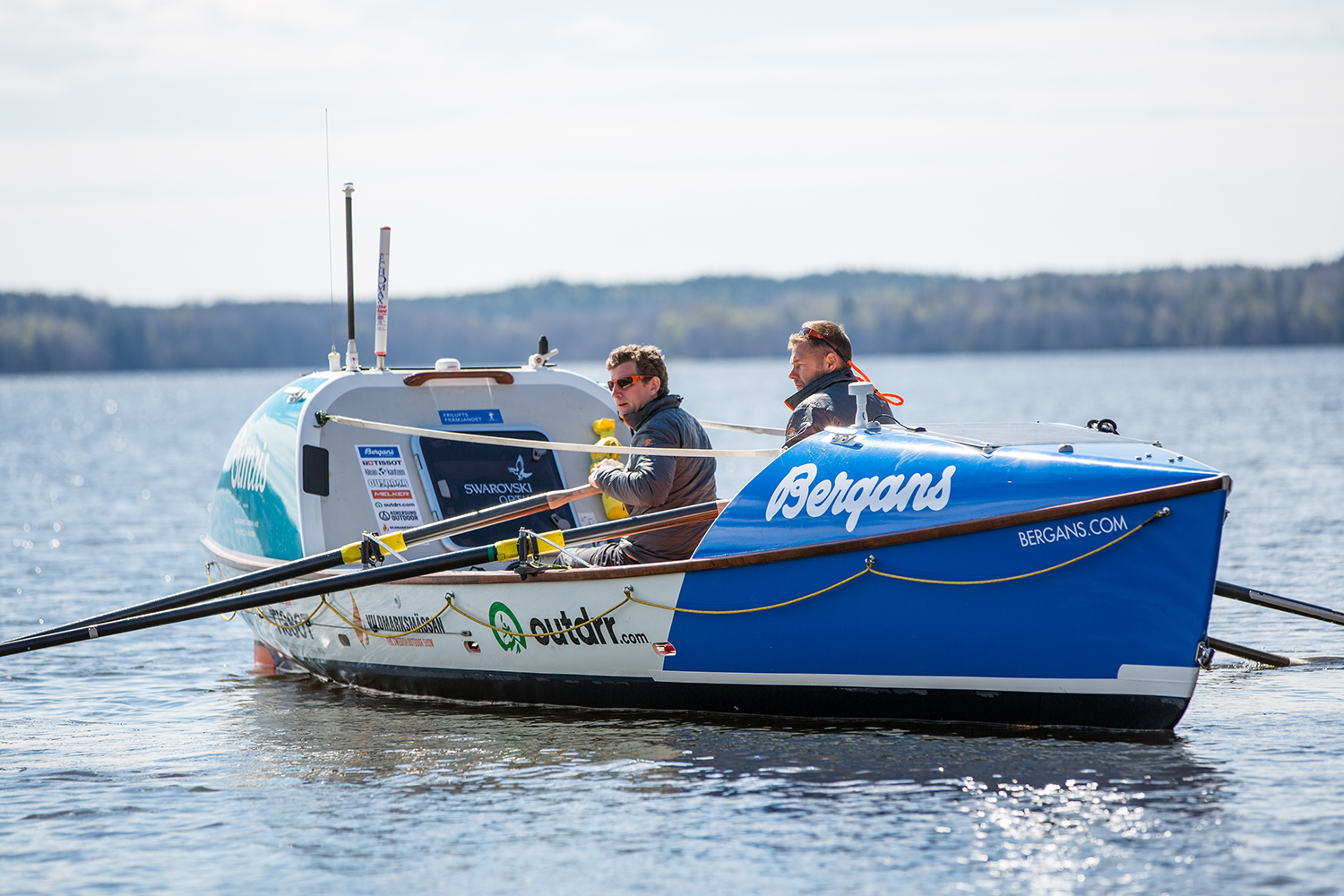 Nanuq will reach Longyearbyen by 24 August

You never know what – or who! – you will encounter in the Svalbard. While returning to Longyearbyen, the PolarQuest team met with Albedo, a special rowboat from Sweden which had just completed the circumnavigation of Svalbard! Glenn and Soren, the two Swedes on board, are biologists and expert kayakers. They were carrying out this circumnavigation as part of the UN sustainability goals initiative.

“The encounter was amazing,” wrote Paola Catapano, via satellite phone. “They had not seen a human being in 25 days and one of them had a broken rib. As we approached their boat, I had just made pizza on board and offered them a huge piece. They were so happy and said they could not believe that was true. We let them complete their circumnavigation while we were mooring for the night (which is by now, at 76N, is an eternal almost-sunset which never sets). ]

“This morning we got a radio call from them asking for assistance. So we’re now towing their boat with Soren behind us shuffling in the waves, and Glen – who is on painkillers for his injury – is on board with us, testing and eating our great Italian food!”