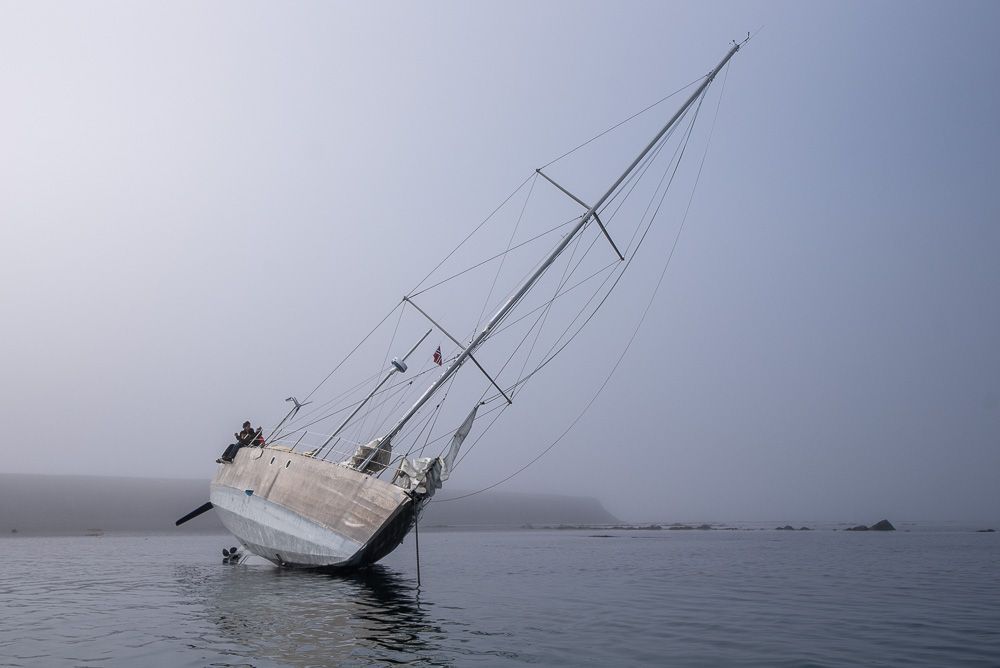 Nanuq was inclined more than 49 degrees

Crew were stranded over 12 hours

“On the 30th of July, Nanuq arrived in the Svalbard archipelago. You could feel the excitement of the crew, who were finally going to relax after the one week crossing between Iceland and Svalbard. But suddenly, we felt a big shock under the boat. People who were inside rushed outside: “What was that?! We’re blocked? We’re blocked. Wow.”

The boat had just been stranded. The right daggerboard, the one on which we were supposed to put the sonar, was broken, stuck, but still attached to the boat. We quickly tried to get the boat out: first with engine; then with a rope attached to the mast, pulled by the dingy; and several other techniques that didn’t really worked.”

Read Safiria Buono’s new dispatch to learn how the crew of Nanuq were able to rescue Nanuq (and themselves)!