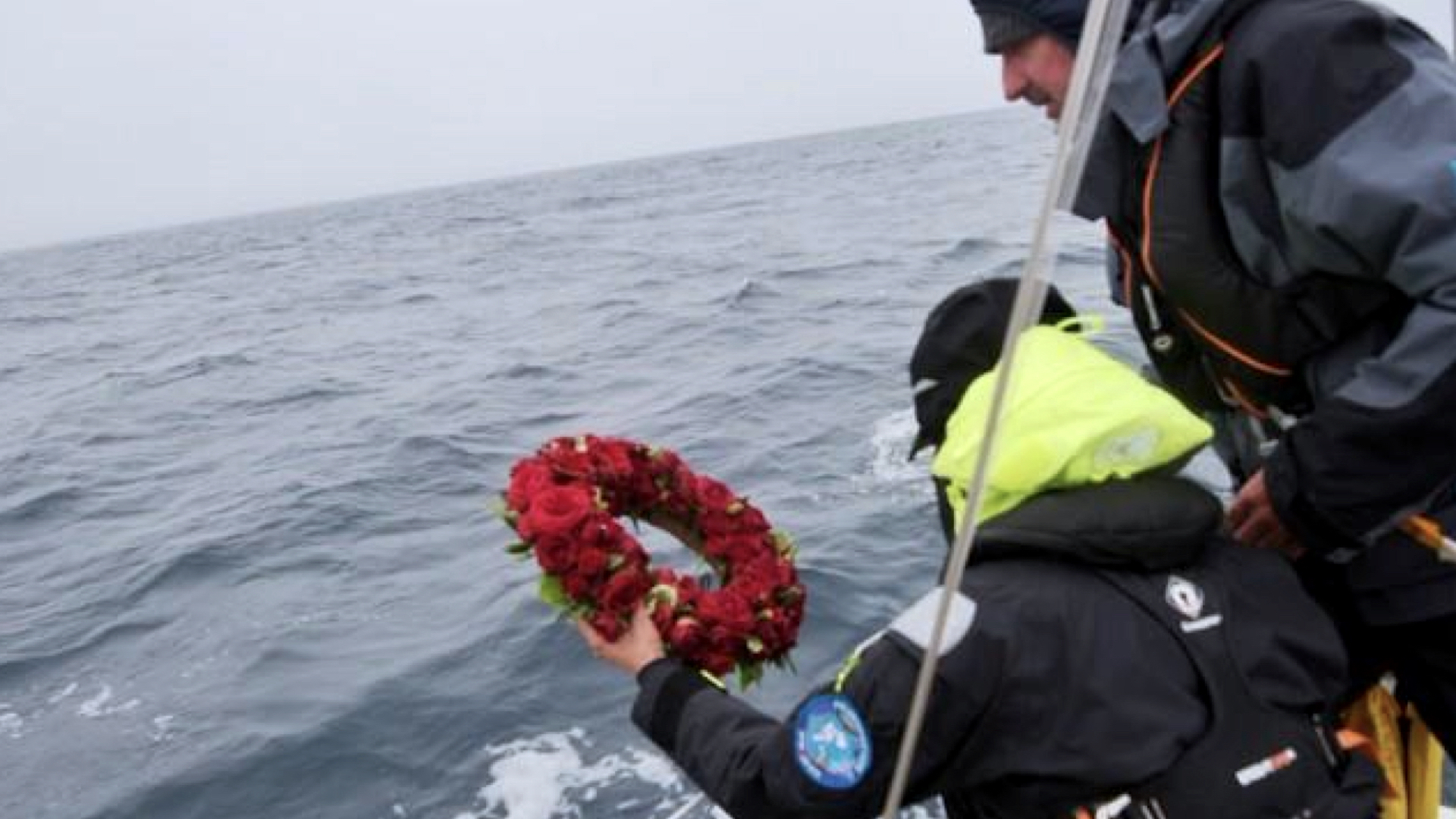 The PolarQuest team have arrived at the crash area of the Airship ITALIA: 81°14N 25°25 E. These were the coordinates sent out by ITALIA’s survivors in their first SOS message, 24 hrs after the crash.

It was an emotional moment, as the team said a prayer at the site, and left behind flowers and a cross given to them by the descendants of Airship ITALIA’s crew. As the PolarQuest team are the first people to visit the site in 90 years, this was at last an opportunity to lay the missing crew to rest.

It is also the first chance for team to search for the Airship ITALIA beneath the Arctic waters. Read the new article to find out how Nanuq will proceed with searching for the Airship!

81°25'N reached! celebrated #airship #Italia lost crew with roses and a cross thrown at sea and a prayer. our mission is accomplished