Pietro is the director of ICT & Business Development sectors at CRS4, focused at launching new initiatives to help further the growth of Sardinia in the Information Society.

With specific experience in the fields of Internet/Web/Mobile Applications, Smart Environments, Digital Media, User Experience, Scientific Visualization, he is a member of the Internet Society, among the founders of ISOC.it (Italian Chapter of the Internet Society), strong supporter of open innovation and co-author of the book ”Finalmente libero!” (McGraw-Hill, 2007) on free software and open standards.

He holds a degree in Physics from the University of Bologna (1982). Before joining CRS4, he worked for 9 years at CERN, the European Organization for Nuclear Research in Geneva developing some of the major CERN Software Application Packages (GEANT3, PAW, KUIP). He came to Sardinia in 1991 as the first employee of CRS4, helping the President Carlo Rubbia and the CEO Paolo Zanella to set-up the Centre from scratch. 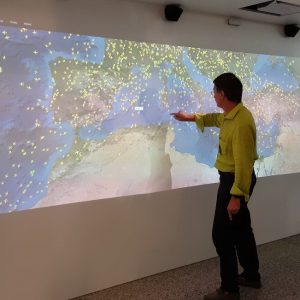