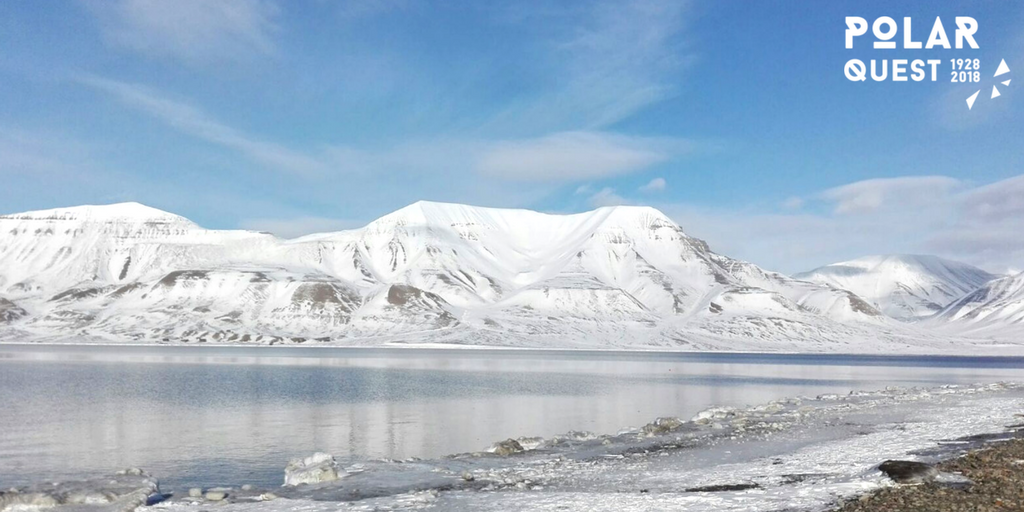 A small team from Polarquest2018 is now in the Svalbard archipelago to prepare our summer expedition and take part in a photo safari on snowmobiles in the wild.

Most of their trip, they will be off the grid – without access to the internet or modern communications. They’ll post photos and short clips as soon as they’re back in civilisation!

In the meantime, in preparation for our live on Facebook live event with Paola Catapano on Friday 13 April from the North Pole Exploration Museum in Longyearbyen, we will be posting a clip per day from their previous expedition in 2014 to wet your appetite for Polar wilderness.

The North Pole Exploration Museum (formerly known as the Spitsbergen Airship Museum) was created by Svalbard veteran and arctic guide Stefano Poli, who’s been living and working in Longyearbyen for 20 years. Stefano is a passionate expert of polar exploration and he’s been on an exploration trip in the North of Svalbard, on the racks of the ITALIA Airship rescue expeditions on land:

Svalbard is also home to one of the northernmost settlements in the world: Ny-Ålesund. The town itself is essentially the “largest laboratory for modern Arctic research” – consisting of labs and stations operated by eleven countries, it brings together researchers from across the globe, and from different polar research disciplines. PolarQuest’s Paola Catapano takes you on a tour of this incredible location:

Anyone who wants to leave the few inhabited settlements on the Svalbard archipelago needs to carry a rifle and know how to behave when encountering a polar bear. Polarquest crew took a self-defence course for this purpose:

King’s Bay (now known as Ny-Ålesund) was the starting point of legendary polar expeditions of the early 1900s. Airships NORGE in 1926 and ITALIA in 1928 both flew from here and the mooring mast to which they were attached before flying is still visible. The site also hosts historic memorials dedicated to all the heroes of North Pole exploration. Polarquest’s Paola Catapano visited the site: