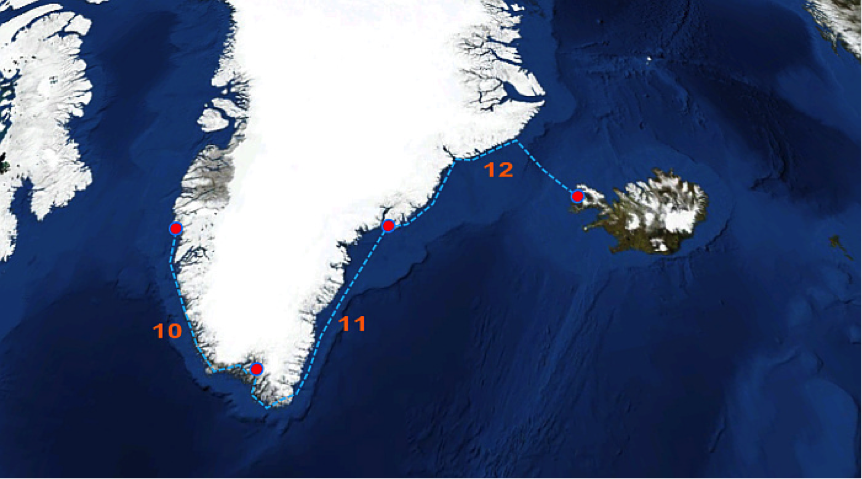 Beating heart of the Polarquest 2018 project, Nanuq spent last summer in the Arctic waters in Greenland with skipper and mission manager Peter Gallinelli and scientific coordinator Frédéric Gillet. It was the occasion to test the passive igloo as well as to carry out numerous scientific projects, including the micro-plastic sampling campaign using the Mantanet which is now part of the Nanuq inventory and at the center of the Polar Quest’s microplastics project. Back from the expedition, the two explorers share their experience and draw some conclusions.
—

Peter, you just came back from a two months expedition in the Arctic waters, which was the last phase of your Passive Igloo Project. Tell us more about it.

We must bear in mind that half the energy consumed in Europe is used for building heating, which is enormous considering that the “passive house”, which by its design makes the use of a heating system almost needless, exists since more than a generation. The objective of the passive igloo project consists in implementing passive house’s techniques in extreme climatic conditions to test and demonstrate their potentials and limits.

So the cabin of Nanuq, the passive igloo, is designed and built to the passive house’s principles. As a testing laboratory, we chose an Arctic winter. It was therefore necessary to convey the boat in summer, the only season where navigation is possible, to remain there over the winter for a scheduled return at the first opportunity … the following summer.

What about Nanuq, how did she behave and perform in those polar conditions she is designed
for? Where is she now?

Despite extreme temperatures, between -20 and -40 ° C, our habitat provided us good comfort during the 10 months we spent in the ice. Although some things did not perform as expected, for example the lack of wind for long periods, required to generate electricity, or systems suffering damage due to ice shear, we have always been able to cope with the situation, solely relying on our own resources. During the 16-month expedition, Nanuq has proven to be an excellent place to live and an efficient logistical support to science, exploration and sports programs in isolated and hostile environments.

After two years in Greenland and the return expedition this summer that made us circumnavigate the southern half of Greenland, Nanuq is in perfect condition and is awaiting us in Iceland, ready for the upcoming season and new adventures.

How was the expedition? Can you highlight some significant moments or discoveries?

Spending a winter in the Arctic in authentic living conditions has been an incredibly fulfilling experience. The expedition was also a valuable human experience with project partners, crew members and native people or unexpected encounters.

We have been able to demonstrate the relevance of our technical choices, particularly the passive igloo. It emerges that burning off resources that are both precious and polluting to stay comfortable is not a fatality. The best solutions are those that perform so well that they are forgotten, to start with thermal insulation which was the prerequisite for the project’s undeniable success. And it will be likewise in a renewable world.

We have also learned a lot from a culture of sobriety, where people are satisfied with what they have and do what is essential; the environment is hostile and does not tolerate extravagance or mistakes.

Time has been a real luxury providing us free time to think and create differently, to test solutions that had to be simple by necessity and adapted to a context where autonomy is vital. Finally, another paradigm becomes much more practicable if one makes the real experience.