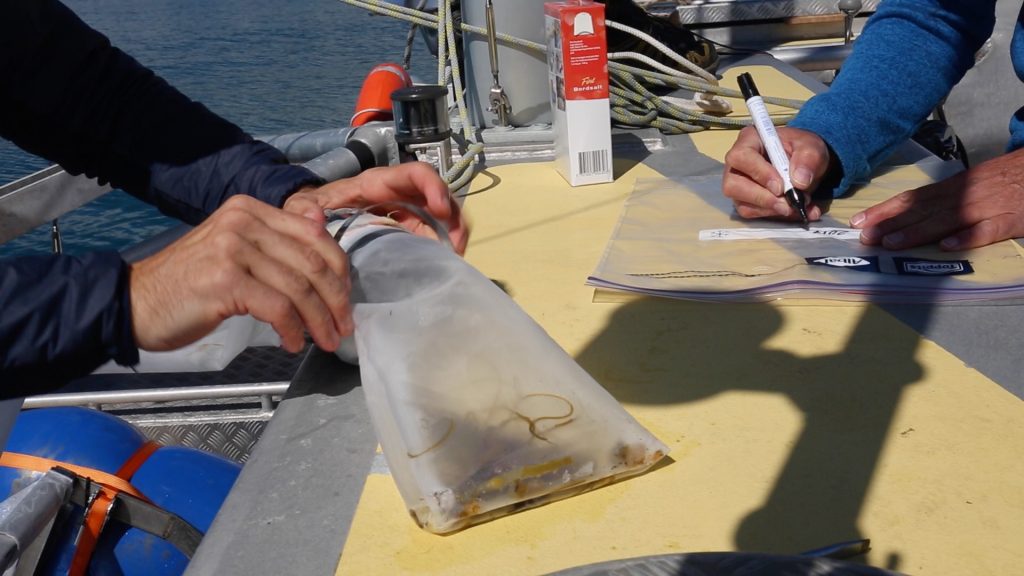 The beating heart of the Polarquest 2018 project, Nanuq spent last summer in the Arctic waters in Greenland with skipper and mission manager Peter Gallinelli and scientific coordinator Frédéric Gillet. It was the occasion to test the passive igloo as well as to carry out numerous scientific projects, including the micro-plastic sampling campaign using the Mantanet which is now part of the Nanuq inventory and at the center of the Polar Quest’s microplastics project. Back from the expedition, the two explorers share their experience and draw some conclusions.
—

Frédéric, you have been testing a MantaNet during your expedition with Peter from Greenland’s West coast to Iceland. In which areas you’ve been testing it? What were the weather and water conditions in which you’ve been sampling?

The plastic particle sensor was mainly used in Arctic waters near the Greenland coast. Polar maritime routes are little frequented, away from sources of pollution, and subject to particular climatic conditions. As such, only few studies on plastic pollution have been carried out on these geographical areas.

The subject of interest here is the quantification of plastic particles between 0.3 and 5 mm, commonly called “microplastic”. The results will provide a better understanding of the mechanisms of transport and accumulation of plastic waste in the oceans.

Is the Manta Net and its sampling protocol adapted to those conditions?

The reliability of the measurements requires strict protocols. A number of conditions must be met in order to obtain quality samples: smooth sea, low presence of phytoplankton, absence of ice blocks, (…) but the road was littered with icebergs, the fragmentation of which generates ice blocks of small and large size. Therefore, the main challenge was to avoid ice debris so as not to damage our sampling nets. Some measures, particularly in the vicinity of Iceland, were not exploitable because of the excessive presence of jellyfish, which clogged the sampling socks.

Field studies have not yet validated micro-plastic distribution within polar waters. What are the results? Is there something striking about them?

We are currently working in partnership with various institutes including IFREMER. Samples are currently being processed and analyzed, and the data collected will feed into a series of research projects.

Pending these detailed results, we could already identify plastic particles in almost all collected samples with only visual observations. This confirms the hypothesis of globalized plastic pollution on a global scale, even in the most remote areas. 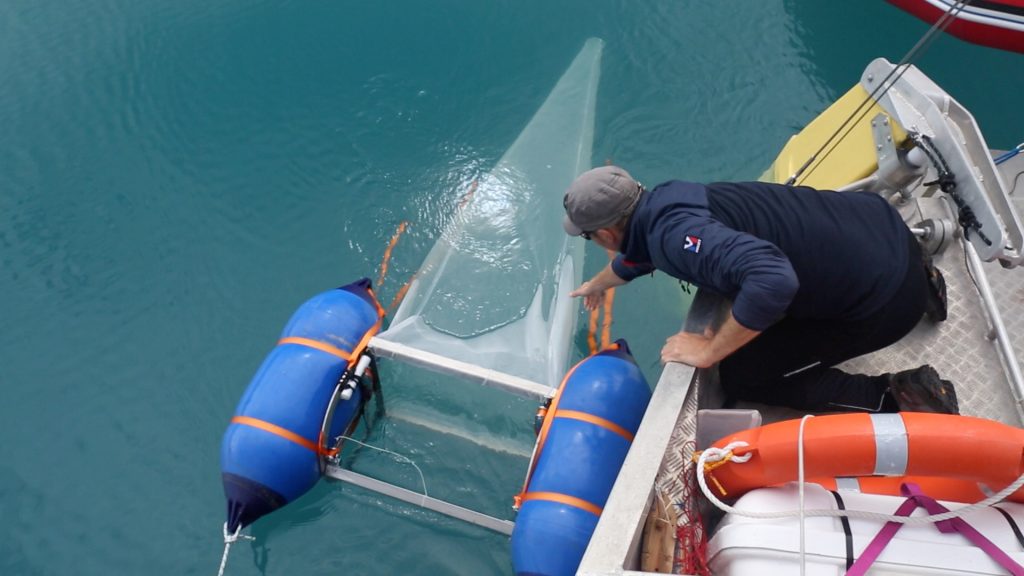 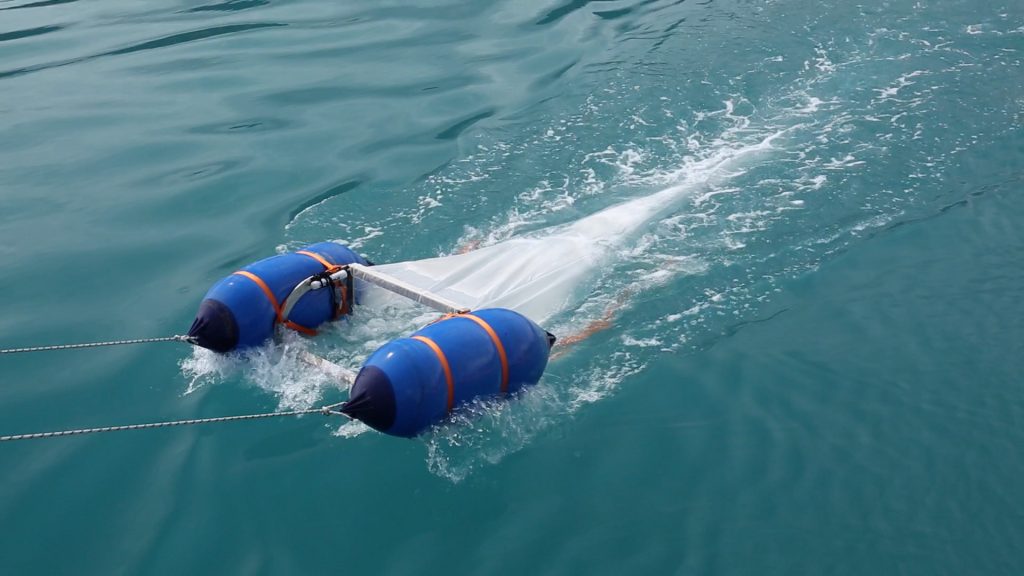 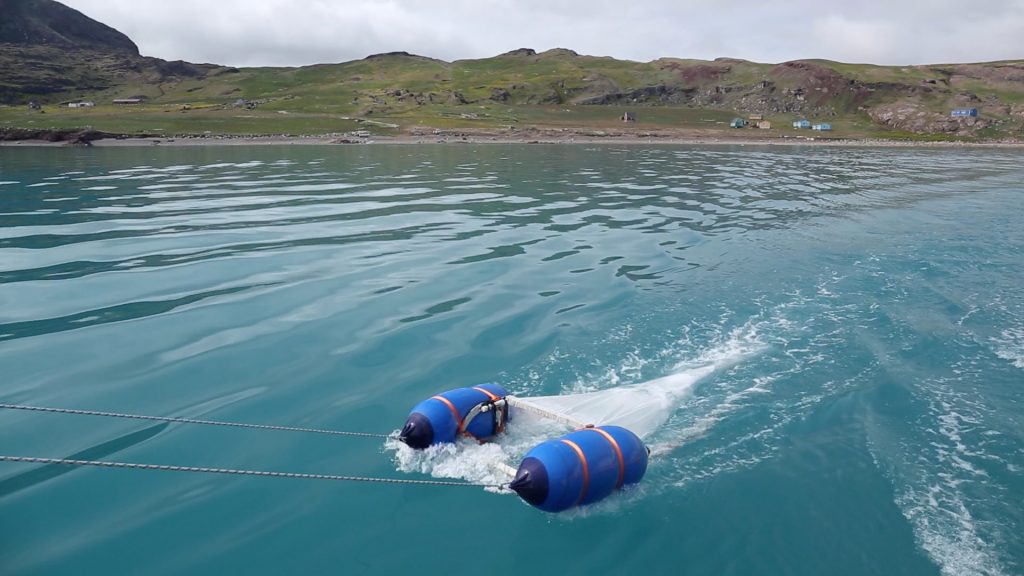 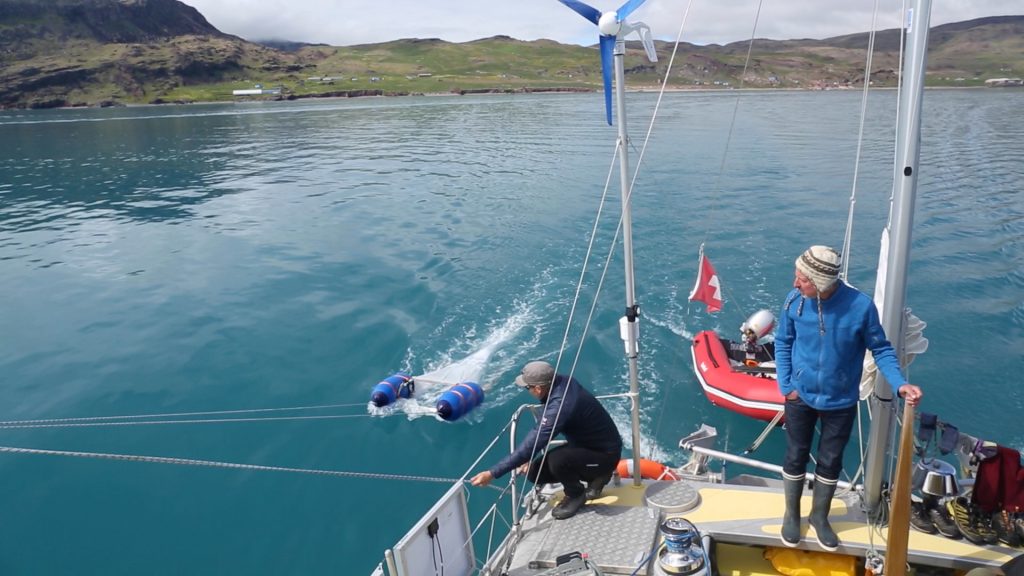 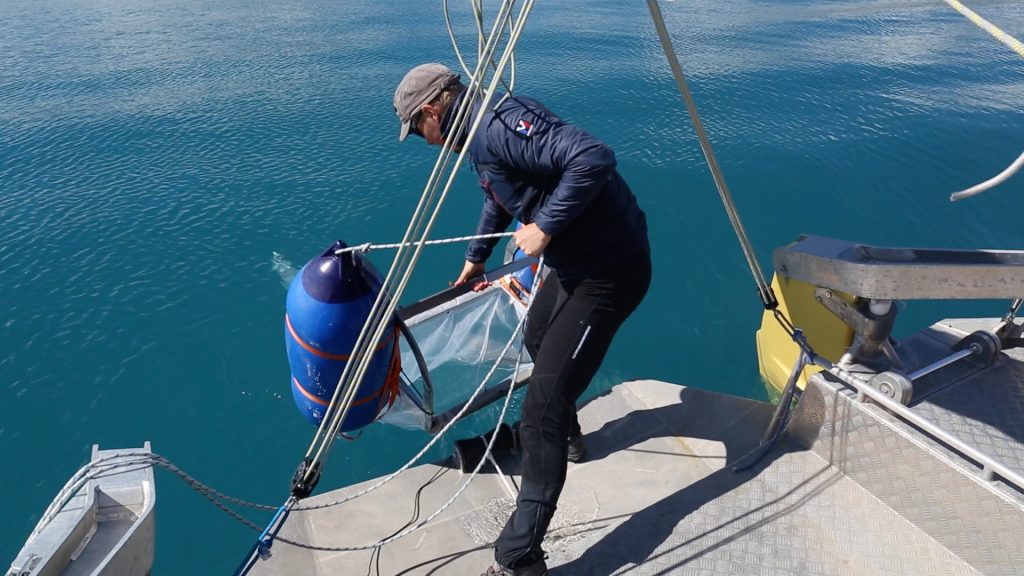