On 22 August 2018, 21:30 local time Polarquest2018’s sailboat Nanuq has successfully completed the circumnavigation of the Svalbard archipelago closing the loop in Isfjord, just outside Longyearbyen, where the Svalbard leg of the expedition started on August 4, logging 1500 nautical miles and reaching the outer boundary of the ice shelf at 82°07 N at 16h50 UTC on August 13. The sailing conditions were “exceptionally favorable, with absolutely no ice until very high latitude and only one gale with gusts up to 50 knots” – said Captain Peter Gallinelli, upon arrival. “More than weather and ice, the real challenge was a few very poorly or completely uncharted areas, especially on the East coast of the Nordaustlandet island, where we were often surprised by unmarked shoals and sailed inside completely uncharted fjords”.

In addition to its nautical feats, the expedition has scored remarkable achievements in all the scientific projects on board.

A total of 30 microplastic sampling stations were carried out, with one at the record latitude of 82°07 N, right on the edge of the ice, by 19-year-old microplastic operator Safiria Buono. The samples will be analyzed by the Marine Institute (ISMAR) of CNR (National Research Council of Italy), but “one of the conclusions which can already be drawn from a simple visual check is that, even at these high latitudes, the quantity of macro plastic loitering the most remote and wildest beaches of our planet is astonishing” she says. “A piece of plastic was caught in the Mantanet even at 82°N!”. Frédéric Gillet, one of the scientists supporting the Mantanet sampling, also placed a PCB (polychlorinated biphenyls) sensor 20 km south of Ny Ålesund, to measure their presence in areas distant from urbanized regions and understand the transfer and accumulation mechanisms of this powerful industrial pollutant, banned since the 1970’s in many countries, in the oceans and in the atmosphere. He will collect the sensor in 2020 for analysis by the University of Savoy, France.

The high latitude reached by Nanuq marks a record also for the PolarQuEEEst cosmic ray detector, assembled at CERN with the participation of school students and installed on board by physicists from Centro FERMI of Rome and INFN (The Italian Institute for Nuclear Physics). “We have a unique dataset of the cosmic ray flow at the highest latitudes ever reached at sea level”, says Ombretta Pinazza, physicist (INFN Bologna), “and we are now very excited to look for correlations with the two other identical detectors which are taking data in continental Norway and Italy. The area covered exceeds 5000 km2 and is the most effective to confirm the existence of cosmic showers generated by high energy radiation colliding with our atmosphere (EEE programme, Centro Fermi)”. In addition to contributing to understanding the origin of high energy cosmic rays, these correlations will also enable scientists to study how cosmic rays influence cloud formation and the correlation of Supernovae rate with climatic periods over 500 million years, thus contributing to a better understanding of climate change.

The objectives of the AURORA project conducted on board Nanuq by prof. Gianluca Casagrande of the European University of Rome and the Italian Geographical Society have been fully achieved. “Using our low-cost drones and citizen science sensors, we were able to carry out expeditive, high-resolution mapping and thermal and near-infrared observations of remote and scarcely visited areas all around the archipelago” says Casagrande. “Our tools proved effective both for scientific data acquisition and for communicating Arctic environments.” One of the surveys had a special symbolic value, as it produced, for the first time, a detailed 3-D rendering of Alpiniøya, the island discovered by Italian officer Gennaro Sora, who was in the area on his way to rescuing the survivors of the ITALIA airship crash in 1928.

Umberto Nobile’s polar expedition – Polarquest2018’s historical inspiration – was of course not neglected. On August 13, the area from where the first SOS message was radioed by ITALIA crew member Giuseppe Biagi from the Red Tent (81°14 Nm 25°25 E) was reached by Nanuq and a short ceremony was celebrated in the open Arctic Ocean by captain Peter Gallinelli, Polarquest2018 project leader Paola Catapano and geographer Gianluca Casagrande. Soon after, technical coordinator Mike Struik deployed an innovative 3-D multibeam sonar of NORBIT Subsea, for the search of any potential metallic wreck of the lost Airship, following the route considered to be one of the most likely search paths, based on Umberto Nobile’s indications after the crash. This is the first documented targeted attempt at locating the wreck of airship ITALIA in 90 years. The data collected with the beamer will be analyzed by Norbit Subsea and the results will be made available by the end of September. “It will be really exciting to see the data from the sonar, not just for the airship but because that area of the Arctic Ocean has never been sounded before and we will get precious information on its bathymetry” says Morten Stendhal, director of Norbit Subsea in Trondheim.

“I still can’t believe that our POLARQUEST2018 has been so successful on 100% of such a varied interdisciplinary programme with zero margins and limited resources”, says project leader Paola Catapano. “Amazingly, everything worked at the first attempt.” 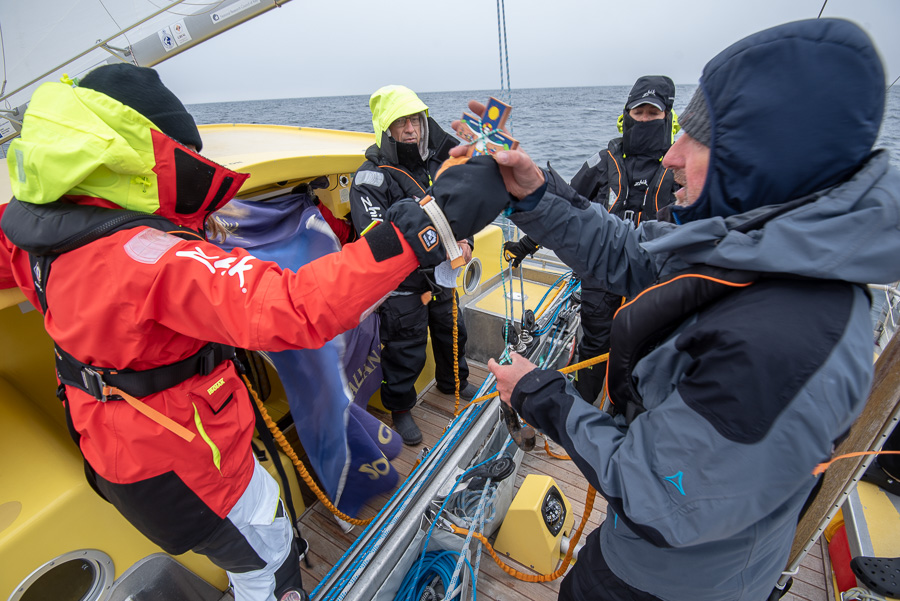 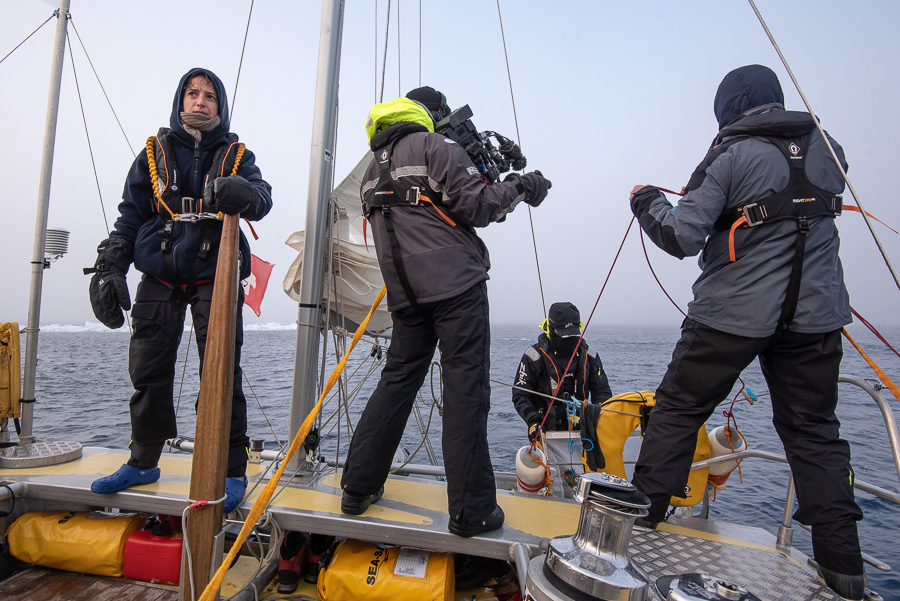 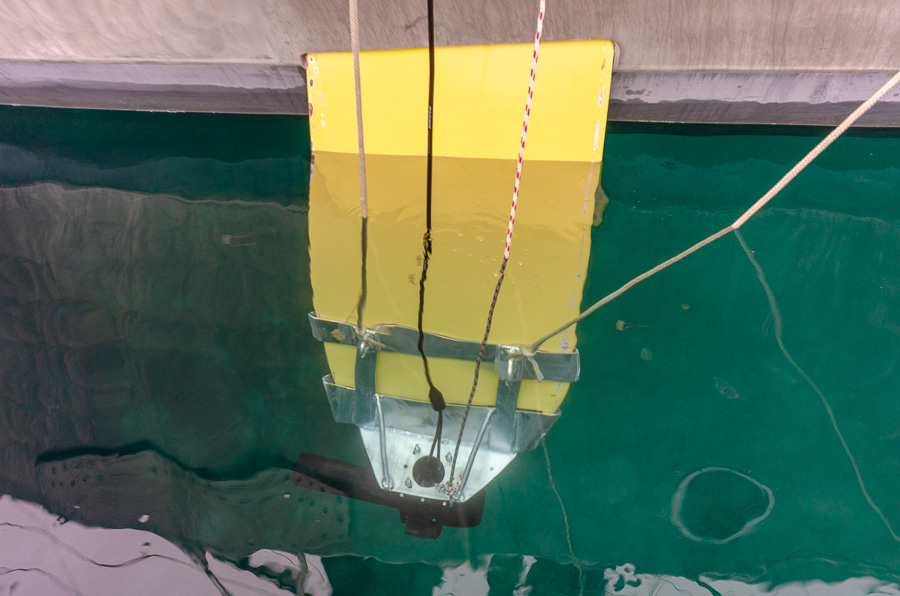 For photos and film requests, interviews and further information contact:

Polarquest2018 has been made possible thanks to the following partners and sponsors:

Special Thanks to The Italian Arctic Research Station of CNR (National Research Council of Italy) “Dirigibile Italia”, in Ny Ålesund and the descendants of the crew of airship ITALIA.