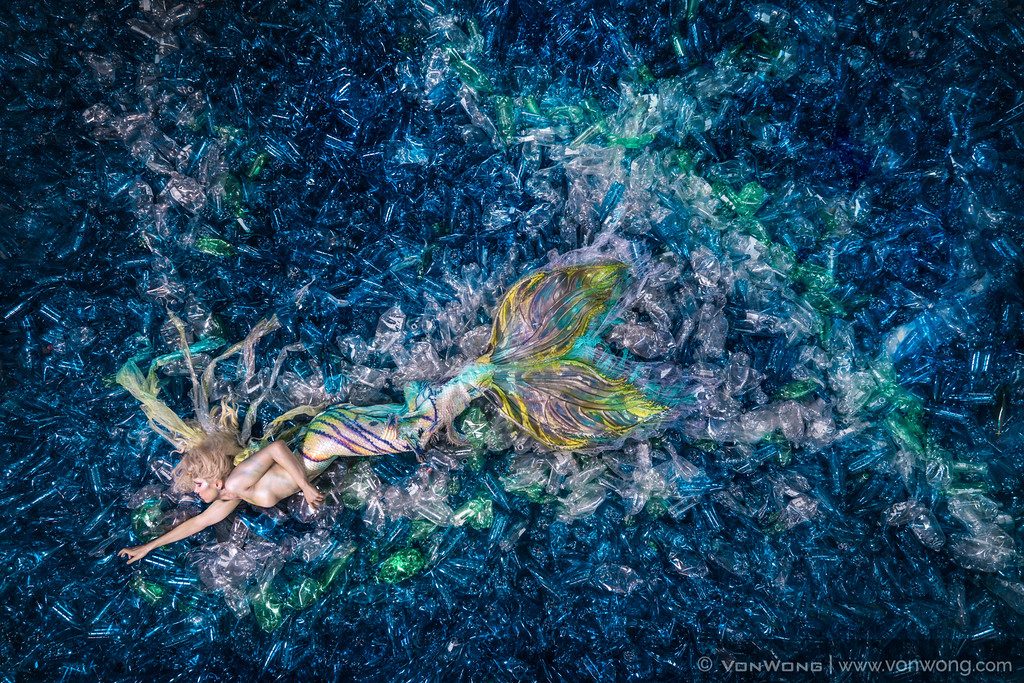 Learn about PolarQuest’s plan to explore a new Microplastic Island

Every year, about 300 million metric tons of plastic are produced, and great part of it is scattered in the environment and in particular in the oceans. The oceans are dominated by currents and patterns of water circulation. The currents drive together marine life and nutrients. But with human interference, they are also a cause for alarm as they assist in the accumulation of marine debris and garbage as well. Gyres, for example, form when ocean currents create a circular pattern of water movement, allowing things to congregate in the middle. So, according to this, what does it concretely means for plastic garbage?

Marine debris or marine litter is defined as any persistent, manufactured or processed solid material discarded, disposed of, or abandoned in the marine and coastal environment. Great part of it is made of plastic, either visible or invisible to the naked eye: big pieces of plastic fragment into smaller ones, called microplastics, which are difficult to remove from the ocean and are a threat to the diverse marine food webs and ecosystems. Their longevity means that they can be distributed over huge distances from their origin, and accumulate in remote areas. In fact, sea currents are the highways of the oceans. Vortexes and downwellings work as a trap for marine debris, creating huge garbage patches, also called microplastic islands.

There are five of microplastic islands distributed in the Pacific, Atlantic and Indian Oceans. Studies show that there should be a sixth one in the Arctic, a gateway for microplastics situated near the Beaufort Gyre, a wind-driven ocean current located in the Arctic Ocean region, and in the Iceland Sea, where the East Icelandic current makes a loop near a known downwelling. But numerical observations have to be validated by real data. Polarquest2018 is taking that challenge by going to the Arctic to carry out microplastics sampling for data analysis. Samples will be sent to the CNR-ISMAR laboratory in Lerici (Italy) to be analysed by our expert Stefano Aliani and his team.

Last March, Stefano Aliani took part in the Sixth International Marine Debris Conference held in San Diego, the annual meeting of the world’s microplastics expert. Another interesting project presented at the conference is carried by the European Space Agency (ESA), who is willing to assess the feasibility of direct optical measurement of seaborne plastic waste from satellites. “We’re not talking about actually spotting floating litter items but instead to identify a distinct spectral signature of plastic picked up from orbit, in the same way that processing software can today pick out concentrations of phytoplankton, suspended sediments and water-borne pollution,” said Paolo Corradi (ESA). Initial results were presented at the conference. The ultimate goal might be an actual global map showing litter concentrations: “Simulations are all well and good, but an image based on actual measurements would provide important insights to scientists and would hold greater power for the public and policymakers.”

However, monitoring is not a goal in itself, but a means to show the scale of the problem, and start to try and solve it. So, what can we do? The question is complex. Plastic is necessary to our modern technologies. Its production and industry has grown fast and it’s now a pillar of economics and society. But if we can’t eliminate it from our lives, we can at least eliminate the unnecessary mass production, like single-use plastic, according to Aliani: “We can’t clean the oceans from plastic if we don’t change the way we use it. That’s impossible. If you have a bucket full of water and you want to empty it, the first thing you do is close the tap.”

Recipe: How to sample microplastics in the ocean

On March 2018, expedition leader Paola Catapano and mantanet scientist Safiria Buono went to Lerici to meet Polarquest’s microplatics expert Stefano Aliani for a training, focusing on how to sample microplastics on board Nanuq during our summer expedition. First of all, we need to know that there are two different ways to do so. The first, is the “Mantanet sampling”, ideal when the sea is smooth and there is not too much ice on the water surface, so that the mantanet is not damaged and the concentration of the debris is not altered by the waves. The second, the “bottle sampling”, is implemented when the mantanet can’t be used due to weather and ice conditions. So, what’s the recipe?

There are specific materials that we need to prepare and ship on board Nanuq.

C. For both BOTTLE and MANTANET sampling