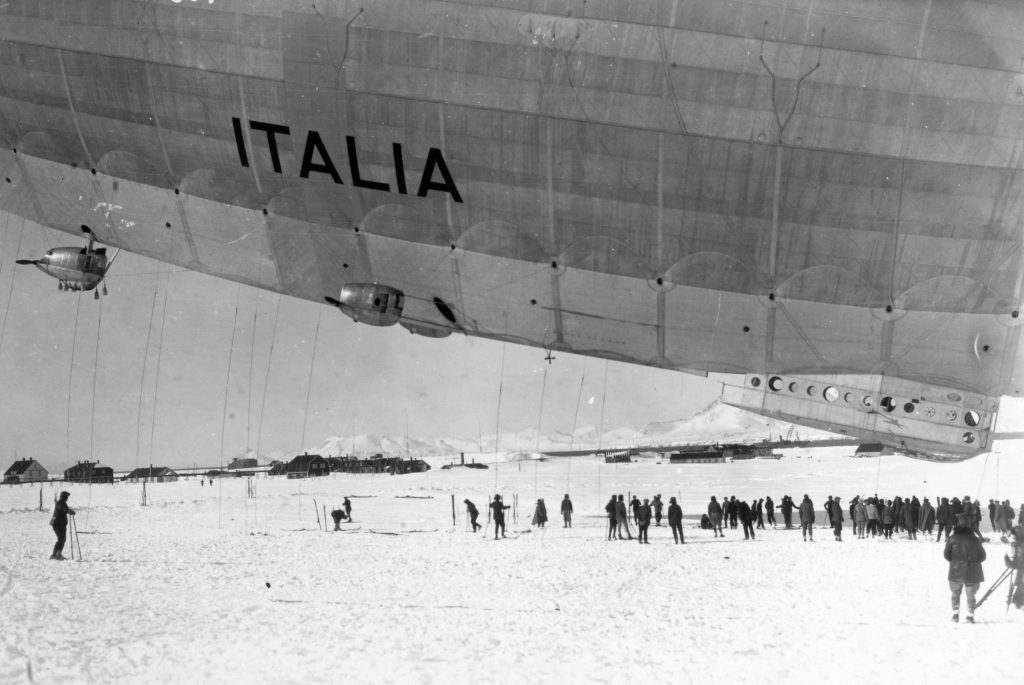 On May 23, 1928 Airship ITALIA, commanded by general Umberto Nobile, left its anchoring mast in Ny-Ålesund, Svalbard, on its pioneering flight to the North Pole. This was the first airborne scientific polar expedition. Thanks to favourable conditions, the ITALIA successfully reached Latitude 90°N at 00.20 GMT on May 24.

However, the weather soon took a turn for the worse. On May 25,  it crashed on the ice on its return journey, fighting a headwind that sometimes reached thirty miles per hour, about 120 km northeast of Nordauslandet, Svalbard.

Polarquest2018 has partnered with three prestigious Italian institutions to commemorate the 90th anniversary of this pioneering flight over the North Pole with three events open to the press and the public, on each of the anniversary days of Nobile’s expedition:

All the meetings are open to the public and press. The Polarquest2018 team looks forward to seeing you there!