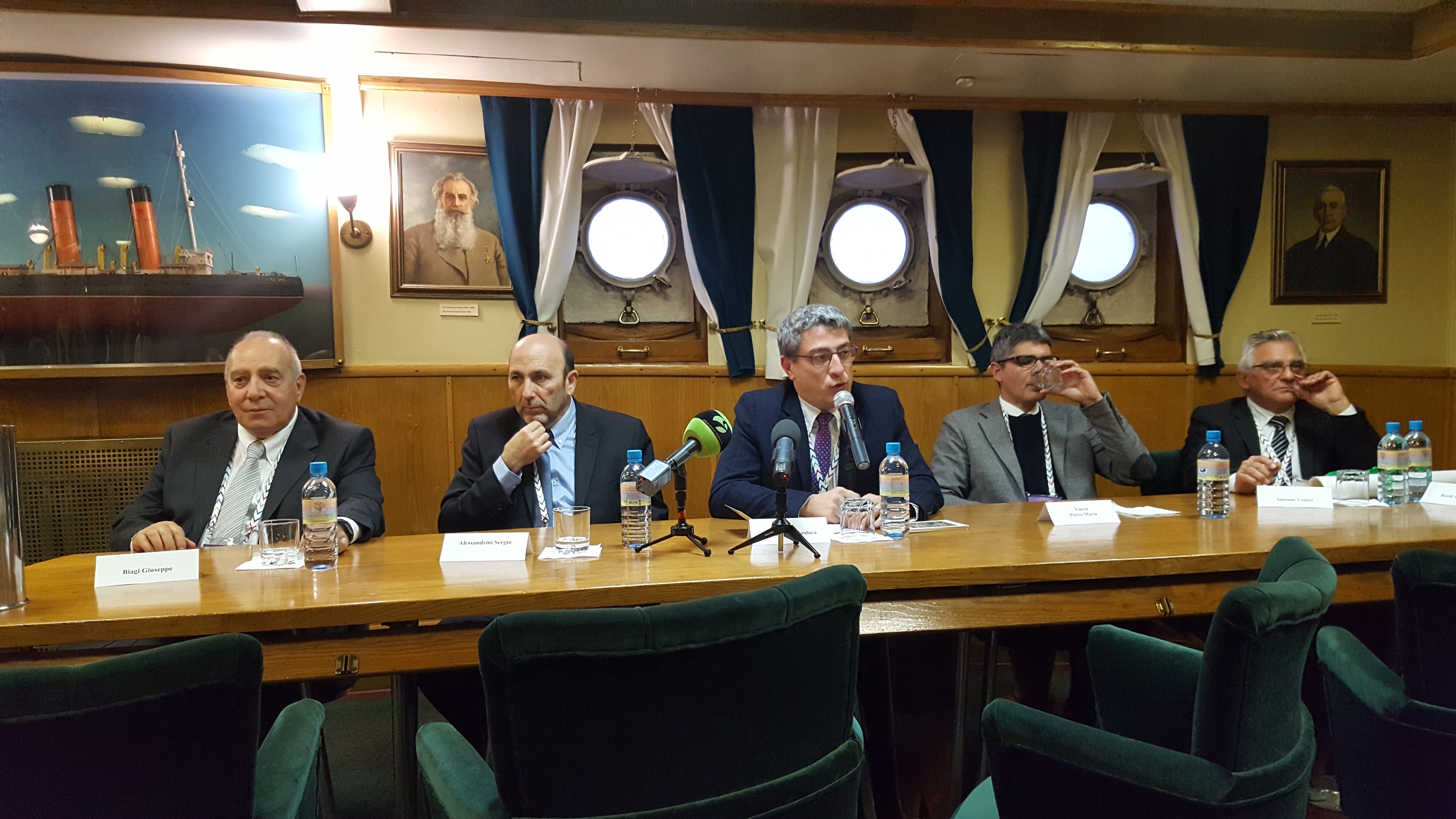 An Italian delegation, including Polarquest2018 members, visited St Petersburg (Russia) upon the invitation of the icebreaker Krassin Museum, within the Cultural Forum 2018.

The delegates were welcomed on board historical Russian icebreaker Krassin (1919-1991), transformed today in a prestigious museum-ship anchored along the Neva river.

The ship is part of a fleet of historical ships within the Museum of the World Ocean, directed by Dr Svetlana Sivkova; the Krassin Museum, as part of the city’s local sector is directed by Dr Irina Stont. The two experts, together with other representatives of the local cultural, diplomatic and business communities from Italy and Russia, have welcomed the Italian delegation with a rich programme of public and private cultural events and meetings.

On November 17, the Italian guests have been led on a guided tour to the historical parts of the city. Giuseppe Biagi, accompanied by director Irina Stont and a military, received the honour of shooting the traditional Midday cannon from the historical Fortress of Sts. Peter and Paul. The shell was donated by Biagi to the Nobile Museum of Lauro (Italy), while another sample was given to the Krassin Museum as a memory of the visit.

In the afternoon of the same day, a press conference took place in the Krassin’s officers’ quarters, during which the Italian guests answered the questions of numerous journalists.

The programme reached its highlight in the evening, when the delegation was invited to a Gala concert at the Ermitage, directed by maestro Vince Tempera and entirely devoted to commemorate the heroic rescue operation of the survivors of the ITALIA after its crash on the pack ice, by the Krassin. Gianluca Casagrande of Polarquest2018 had the honour to address the authorities and the public on behalf of the Italian guests. During the concert, with music by Ennio Morricone, parts of the Italian-Soviet movie “The Red tent” (1969), were projected. Some of the actors were present, including Italian cinema star Claudia Cardinale, who briefly addressed the public after the projection.